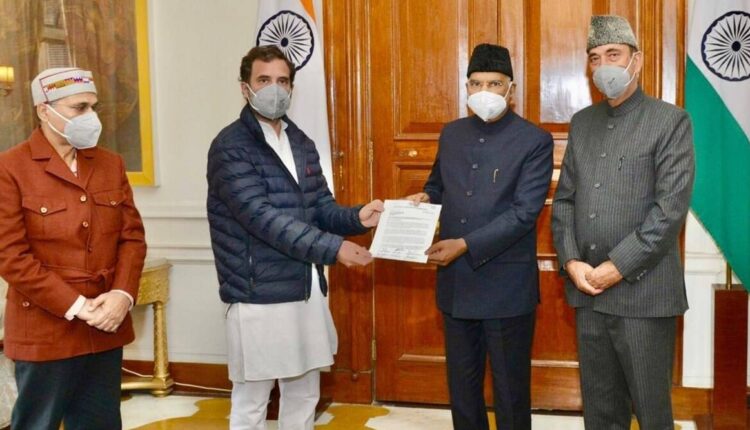 The congress leader told the President the laws were "anti-farmer" and would make farmers suffer huge losses.

Rahul Gandhi, Ghulam Nabi Azad and Adhir Ranjan Chowdhury met President Ram Nath Kovind on Thursday and sought withdrawal of the recently-enacted farm laws.The Congress leader Gandhi told the President the laws were “anti-farmer” and would make farmers suffer huge losses. He said the Opposition stood with the farmers who have been camping at Delhi’s borders for over a month now demanding the repeal of the legislation. Speaking to the media outside the Rashtrapati Bhavan, Gandhi targeted Modi for his “incompetence” and for “destroying the system of agriculture”. “I want to tell the Prime Minister that these farmers are not going to go back home until the laws are repealed.

The government should convene a joint session of Parliament and take back the laws.“We took crores of signatures… the voices of farmers. The PM will have to listen to them. The entire country is watching. It is cold, and the farmers are suffering, dying. I am warning you. Nobody can stand against the farmers,” Gandhi said.Earlier, Gandhi had attempted to lead a delegation of Congress leaders to the Rashtrapati Bhavan but was stopped by the Delhi Police.

Several leaders including general secretaries Priyanka Gandhi Vadra and K C Venugopal, and senior leader Randeep Singh Surjewala were detained for violating prohibitory orders. The delegacy, comprising leaders in both Houses of Parliament and senior party members, was hoping to submit a petition signed by nearly 2 crore farmers and farm labourers from across the country.“India is walking on a dangerous path. Being detained, beaten is a norm for this government. There is no democracy in India. It is in one’s imagination, not in reality,” Gandhi said. 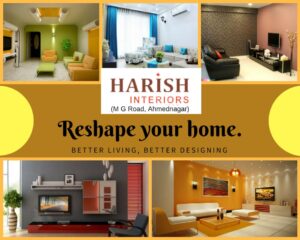 Meanwhile, Priyanka said it was the government’s duty to listen to the farmers. “They will have to take the responsibility. They are the who are  answerable to the people of India. A resolution can come only when they listen,” she said.

The Venugopal called the police action a “violation” of rights, and said the party “must be allowed to voice (our) concerns as the principal Opposition”. The Congress, which has accused the government of passing the “anti-farmer” legislation in an “undemocratic fashion”, launched its signature campaign against the farm laws in September. The party had asked its state units to collect signatures from farmers and Agriculture Produce Market Committee traders.

Christmas is being celebrating in Covid